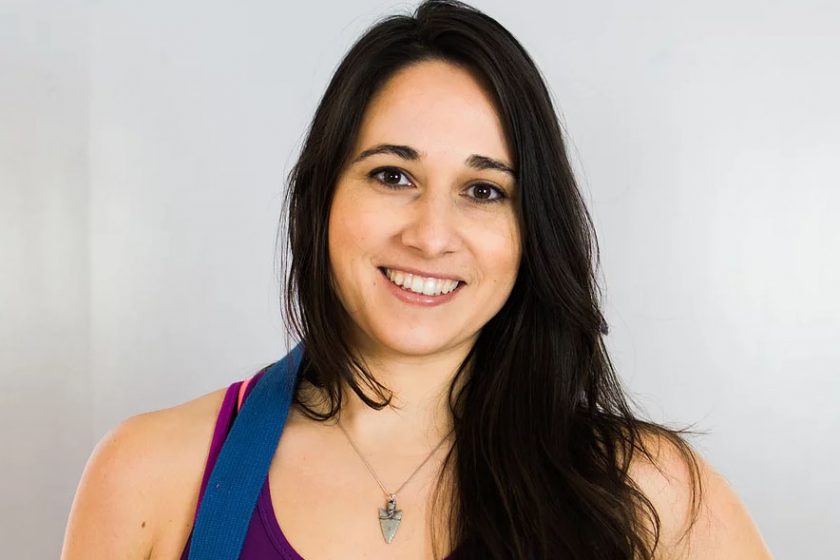 Last summer, a photo of scoliosis patient Anne Pesce regaining her posture sent the internet into a frenzy and brought hope to the countless scoliosis patients across the globe. Somehow, an 86 year old scoliosis patient was able to stand straight again after practicing yoga. This was all the masterpiece of professional yoga instructor Rachel Jesien.

A professional dancer born with scoliosis

“Basically, when I was dancing. I grew up my whole life having scoliosis. It was relatively painful I’d say.” Rachel’s dancing career suffered a huge blow five years ago when her scoliosis became more severe. Excruciating back pain prompted her to seek all kinds of therapies. She tried them all, including acupuncture, massage, western medicine, and physical therapy. But none of them worked.

Upon the recommendation of a massage therapist that treated her, Rachel went to the Yoga Union Center in New York to try out back-care yoga. “Yoga, I mean I never really knew anything about it. I didn’t actually find it until I’ve tried all these other modalities.” Rachel says.

“When I got there, I took a class and I was hooked. Even after the first class, I realized I was in a lot less pain.” At one point, there were around ten to fifteen people in the classroom all working on doing the triangle pose. Yet, everyone was using different kinds of props to help them. It was entirely tailored to each member.

“Slowly, I was able to better connect with my body, and be able to fix my posture myself.” Rachel did six months of training at the Yoga Union Center. Afterwards, she brought her practice home. She started to arrange her yoga practice according to her body needs. A year later, she no longer experienced any back pain.

After she was cured of scoliosis, Rachel went on to take more courses on back-care yoga, and even received certification to become a professional yoga instructor. She soon began teaching yoga, but as time went by, she felt that deep inside, she had a different calling. She wanted to teach others the skills and knowledge she used to defeat back pain.

This is where Anna’s story comes in.

“Anna is the grandmother for one of my fellow yoga teacher trainees. I was in the same class as her granddaughter Jennifer. Jennifer was telling about her grandmother and how she had been working with a physical therapist and her back went through such a spasm that she was wheelchair bound.” Rachel says. Anna was seeing different doctors every week and trying all kinds of medicine. Rachel felt that this was exactly what she experienced before and drove out to see Anna.

“People in different ages should be taught differently. My youngest student is 8. My oldest student is 88.” For someone in Anna’s age, there should be someone able to do yoga along with her. Luckily, Anna’s daughter Rosemary was up to the task.

Every time I went back, I was able to see Anna stand up a little straighter.

Starting from the fall of 2014, Rachel visited Anna every week to teach her yoga one on one, helping her work on a variety of yoga poses. “This (yoga) is not something you can just say to your teacher that you’re practicing everyday. Because this kind of work if you actually do it everyday, your back is going to change.” Rachel says.

“I knew that she was practicing. Because every week I would come back and she would be a little more upright.”

Fast forward to last summer, Anna was able to stand almost completely straight. Rachel posted Anna’s photos before and after doing back-care yoga on the internet and received and immediately drew an incredible amount of attention. The New York Post article on Rachel and Anna has already received over 52 million views, says Rachel. Since September of 2015, Rachel has received over dozens of mail everyday and still struggles to reply to all of them.

“Every patient has different problems with their back. Thus, one-on-one is probably the best method.” However, Rachel knows that it is impossible to reach the countless people that experience scoliosis by teaching one-on-one, and has been focusing on ways to spread her back-care expertise in scale.

Rachel has released online courses through her website and has even begun work on a book that will teach people how to practice yoga at home. Yet, she knows that even with the necessary materials, success is no easy feat. “I know that practicing everyday on your own is tough.” That’s why Rachel decided to start online groups, to help keep people motivated and also provide feedback.

Rachel says that back-care yoga doesn’t seek to replace treatment from doctors. It simply provides more options for patients. Many people are afraid of surgery. Surgery also doesn’t always prove to be effective. Rachel’s goal is to give everyday people access to more back-care therapies.

Believe that the Spine Wants to Be Straight

Rachel says that anatomy teaches us that, unless tragic accidents happen, the shape of our spines are formed by our everyday habits. Thus, if we can better feel our posture everyday, we can adjust our posture and prevent back problems from happening.

“Our seniors feel very unstable on their feet so their eyes go down so they can where they’re walking. Because of the way of the head everything else kind of spirals.” Rachel says. Nowadays, young people are on their cell phones and laptops so often that hyperkyphosis start to come up. “You have postural issues. It’s something you have contributed to creating in your spine. You can really start to work on these issues on your own.” says Rachel. People should spend more time learning how to expand their chest and relax their shoulders to achieve better posture.

“These yoga poses are for people of all ages. Use them to prevent yourself from pain.” She says. Continue practicing them and you’ll be able to achieve balance for your body. “Even when you age, you’ll be able to age gracefully.”

“I believe that your spine wants to be upright.” Rachel’s online courses have already expanded into fourteen countries.

“Be determined. Dedicate yourself to doing it everyday to achieve the full potential of the therapy. Because you’re doing this for yourself.” 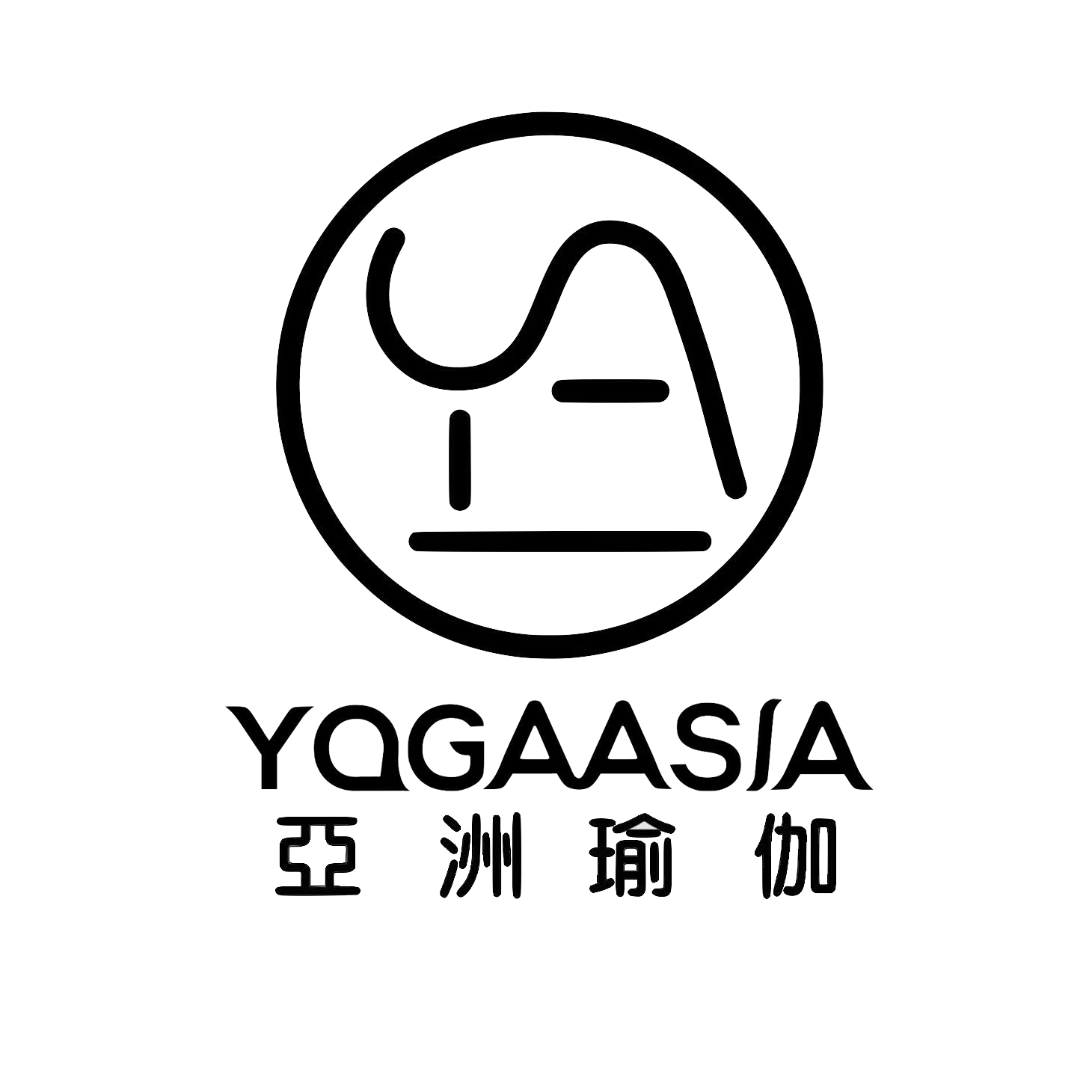